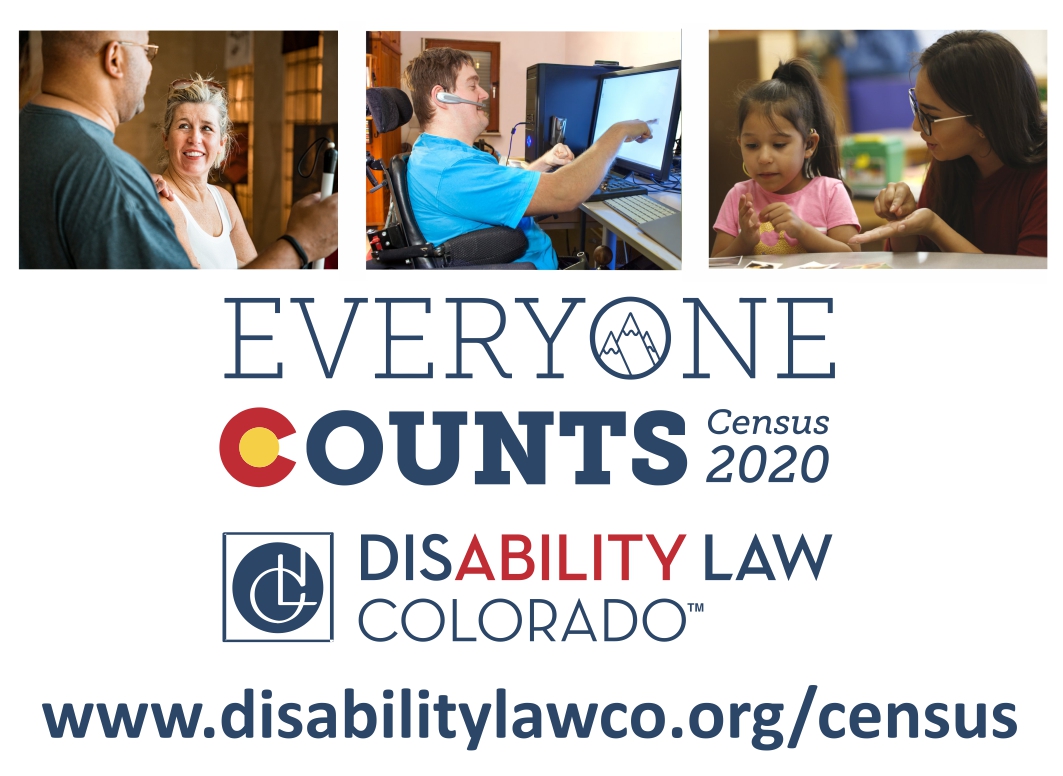 Count Everyone. Include Everyone.

The 2020 Census will serve as the nation’s 24th decennial census. It is important to include everyone in the census outreach process, including people with disabilities. Disability Law Colorado is committed to advocacy efforts for an accurate population count in Colorado, and is working with groups and organizations across the Centennial State to keep outreach efforts accessible.

CLICK HERE! 2020Census.Gov "It's Easy For You to Be Counted"

¡Cuente a todos! ¡Incluya a todos!

America’s decennial census was mandated by Article I Section II of the United States Constitution and then later reinforced by the 14th Amendment. The census aims to count every person living in the United States regardless of citizenship status. The data collected every 10 years is used to determine how more than $675 billion in federal government resources will be distributed, to allocate seats in the United Sates House of Representatives, and to draw the appropriate boundaries for congressional districts, state legislative districts, school districts, and voting precincts.

The 2020 Census will serve as America’s 24th census and will count every person living in the United States as of April 1st, 2020 (Census Day). The Bureau has spent years testing what questions to ask on the census, and next year’s census is expected to ask questions related to age, Hispanic origin, race, sex, the number of individuals living in a household, if the household owns or rents the property and perhaps a highly contested, and untested, citizenship question. Please note that the short-form census questionnaire does not ask about disability as disability data is collected in the American Community Survey (ACS).

The count is set to officially begin on January 21, 2020 in rural Alaska. Other households can start participating around mid-March, when letters with instructions are scheduled to be sent to 95 percent of households around the country. If people do not respond by the end of April, Bureau staff will follow-up in person between May-July. The Bureau will release the census data collected sometime in November 2020.