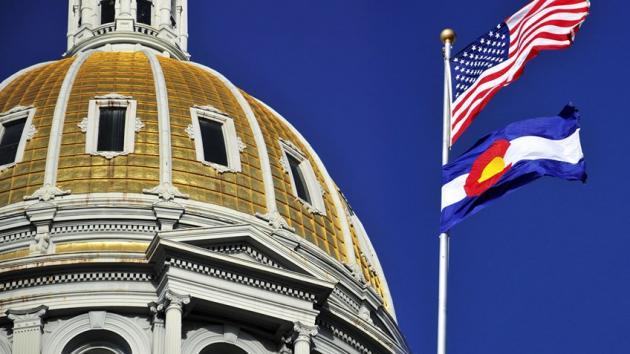 DENVER, June 13, 2018 — Today, Disability Law Colorado filed a Motion to Reopen a federal lawsuit against the Colorado Department of Human Services (the “Department”) to enforce the parties’ settlement agreement and ensure people with mental illness receive their court-ordered evaluations and treatment in accordance with the required timeframes and the United States Constitution.

In 2012, the Colorado Department of Human Services and Disability Law Colorado, Colorado’s federal Protection and Advocacy System settled a federal lawsuit brought by the then-Legal Center to address chronic delays in the system for providing court-ordered competency evaluations and restorative treatment to pretrial detainees. Pretrial detainees are people that have been charged with a crime, but have not been able to resolve their case, because they are presumed or have been found incompetent due to a mental illness and cannot afford to bond out of jail (many on a nominal amount).

The lawsuit alleged that pretrial detainees were languishing in county jails across Colorado suffering unconstitutional delays, in some cases lasting as long as six months, in receiving evaluations and treatment that would enable them to participate in their criminal proceedings.  Under the terms of the settlement agreement, the Department is required to admit a pretrial detainee to the Colorado Mental Health Institute at Pueblo (“CMHIP”) within 28 days of ready for admission date for an evaluation or restorative treatment and to maintain a monthly average of no more than 24 days for all pretrial detainees to be admitted to CMHIP for evaluation or treatment.

In 2017, the State indicated it was unable to keep pace with its obligations. Now hundreds of people have been waiting an average of four to five months from the date of the court order to be provided treatment, and nine months to a year from the date of arrest. A detainee recently waited 142 days—nearly five months—for treatment. Without court intervention, it does not appear the State will be able to solve this problem before July 2019, at which point the State will have spent more time out of compliance with the settlement timeframes than in compliance. These people waiting are suffering greatly under the inadequate ability of our county jails to properly treat and manage individuals with serious mental health impairments. The State has done little to no meaningful work to team up with the community mental health centers around the State to create and provide the treatment these people need and would be appropriate for in the community.

“We must find some real solutions in the State of Colorado and in our country to once and for all eradicate the criminalization of persons with mental disabilities. Real solutions are a re-creation of a real, community based mental health system. The Department has struggled with this problem for a decade, but has not come up with a long-term or community based solution, and in the meantime thousands of people’s constitutional rights are being violated. This must be resolved in the immediate future.” Iris Eytan, attorney for Eytan Nielsen LLC.

“One would think that a federal lawsuit would be a sufficient motivator for the Department to fix its decade old problem, but it has failed to develop an innovative and Constitutionally appropriate program that keeps pace with the demand trends it is well aware of. As a result, the problem has worsened, instead of improving and the time for action is now. Without this lawsuit, thousands of individuals with mental illness will continue to be warehoused in jails without court ordered treatment. We are seeking the federal court’s assistance to enforce the agreement in hopes that this vulnerable and often poor population are not warehoused and forgotten about indefinitely.” Mark Ivandick, Managing Attorney for Disability Law Colorado.

The lawsuit was originally filed in the United States District Court for the District of Colorado, and titled Center for Legal Advocacy d/b/a The Legal Center for People with Disabilities and Older People v. Reggie Bicha, in his official capacity as Executive Director of the Colorado Department of Human Services, and Teresa A. Bernal, in her official capacity as Interim Superintendent of the Colorado Mental Health Institute at Pueblo, No. 11-cv-02285-BNB (D. Colo.).

Related Issues:
Mental Illness
-A A +A