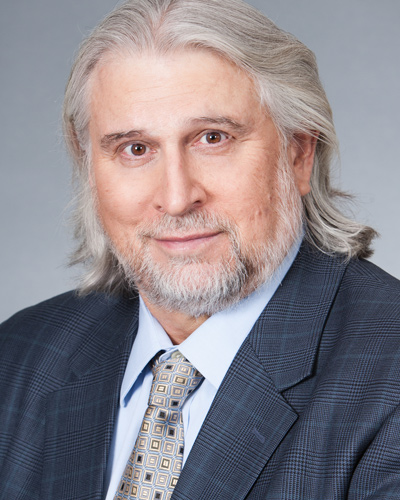 Director of Legal Services, Randy Chapman, has been with Disability Law Colorado since 1977.

After Randy Chapman graduated from law school at the University of Texas at Austin, he came to Disability Law Colorado as a VISTA volunteer in August 1977.

At the time, Disability Law Colorado had just been designated as Colorado’s Protection and Advocacy System, and recent historic changes in federal law promised new opportunities for people with disabilities. The Colorado Board of Education was debating whether to accept federal funds and implement the Education for All Handicapped Children Act.

The U.S Department of Health, Education and Welfare had just issued regulations implementing Section 504 of the Rehabilitation Act of 1973 prohibiting disability discrimination in federally funded programs. However, the new laws still needed to be implemented, the conditions in Colorado’s institutions were deplorable, and children and adults with disabilities were being denied access to services, employment and independent living.

Randy found the opportunity for social change to be exhilarating. The application of law and reason to emotionally charged conflicts in human services and school settings were rewarded with positive outcomes, legal victories and Disability Law Colorado’s growing reputation.

During his career, Randy has represented people of all ages with all types of disabilities. Early on he represented people with mental illness in employment cases and challenged the hiring practices of the U.S. Postal Service. He represented individuals with developmental disabilities and their families in obtaining appropriate housing in the community and fighting discriminatory zoning laws.

He represented former policewoman Dale Coski from 1982 to 1985 in an employment discrimination case against the City of Denver requesting that the City make reasonable accommodations to continue her employment in the Police Department after she was severely injured while on duty. Disability Law Colorado won the case at the initial hearing but ultimately lost in the Colorado Court of Appeals. Ironically, a similar case was won in Federal District Court after the passage of the Americans with Disabilities Act.

In 1980, Disability Law Colorado and the Association for Retarded Citizens in Colorado (now the Arc) sued the Colorado Department of Education because children living in the institution for people with developmental disabilities in Wheat Ridge were not receiving an education, despite the passage of federal law in 1976 which entitled children with disabilities to a “free, appropriate public education.”

Disability Law Colorado prevailed in this lawsuit and the impact of Randy’s work on this case laid the foundation of his advocacy in special education throughout his career. His outrage at the circumstances of these children and his pride in the outcome of the case—that for the first time, children with severe disabilities attended public school in Colorado—are highlighted in the Introduction to The Everyday Guide to Special Education Law which he wrote in 2005. He dedicated the book “to all of the graduates of the Wheat Ridge State Home and Training School.”

Randy’s work in implementing special education law in Colorado is legendary, and he is widely respected by parents and educators. In the past few years, his expertise is reaching a national audience through the distribution of Guía de la Ley de Educación Especial, the Spanish translation of the book published in 2007, and the Preventing Litigation in Special Education Workbook published in 2011—not to mention the more than 85,000 hits on his blog.

Following his 20th Anniversary at Disability Law Colorado, he received the Martin Luther King Jr. Humanitarian Award for his contribution to civil rights in our community. Through his personal representation, and by extension through Disability Law Colorado’s staff, he has educated thousands of people, helped them get services, given them courage to fight injustice, or been the force to be reckoned with on behalf of those who couldn’t speak for themselves.

In the past few years, his attention has focused once again on the plight of individuals in institutions. When plans were announced to close the skilled nursing facility at the Grand Junction Regional Center in 2010, Randy made sure that either he or another Disability Law Colorado staff member attended every planning meeting with every parent or guardian who wanted our assistance. They visited potential residential settings around the state and helped plan moves into group homes in Grand Junction. This process was an extraordinary achievement for the individuals, for the Regional Center, Mesa Developmental Services, the Arc and Disability Law Colorado.

The State of Colorado reported in July of 2010 that there were more than 2,000 individuals with developmental disabilities and mental illness residing in nursing homes. The revelation that more people with disabilities were institutionalized in nursing homes in Colorado than in the Regional Centers and state hospitals combined galvanized Randy to prioritize identifying them, visiting them, and creating plans to help them move if they wanted to. Initially he prioritized people with developmental disabilities under the age of 50 and then began a strategy to do the same for people with mental illness.

He reminds us that these are people who may have been forgotten—some of them living in places and conditions which they didn’t choose. He reminds us that the proud history of our organization has been anchored in moving people from institutions into the community, to making sure they are safe and can live as independently as possible. It is work that touches his very soul. It may be the most important work we will ever do, and no one else is doing it.

He is very proud of it, and as passionate about it as he was when he came here 35 years ago.

At this milestone, we express our deepest thanks for his extraordinary leadership throughout these years.